THE CLASS OF ’63 RETURN TO CONEL 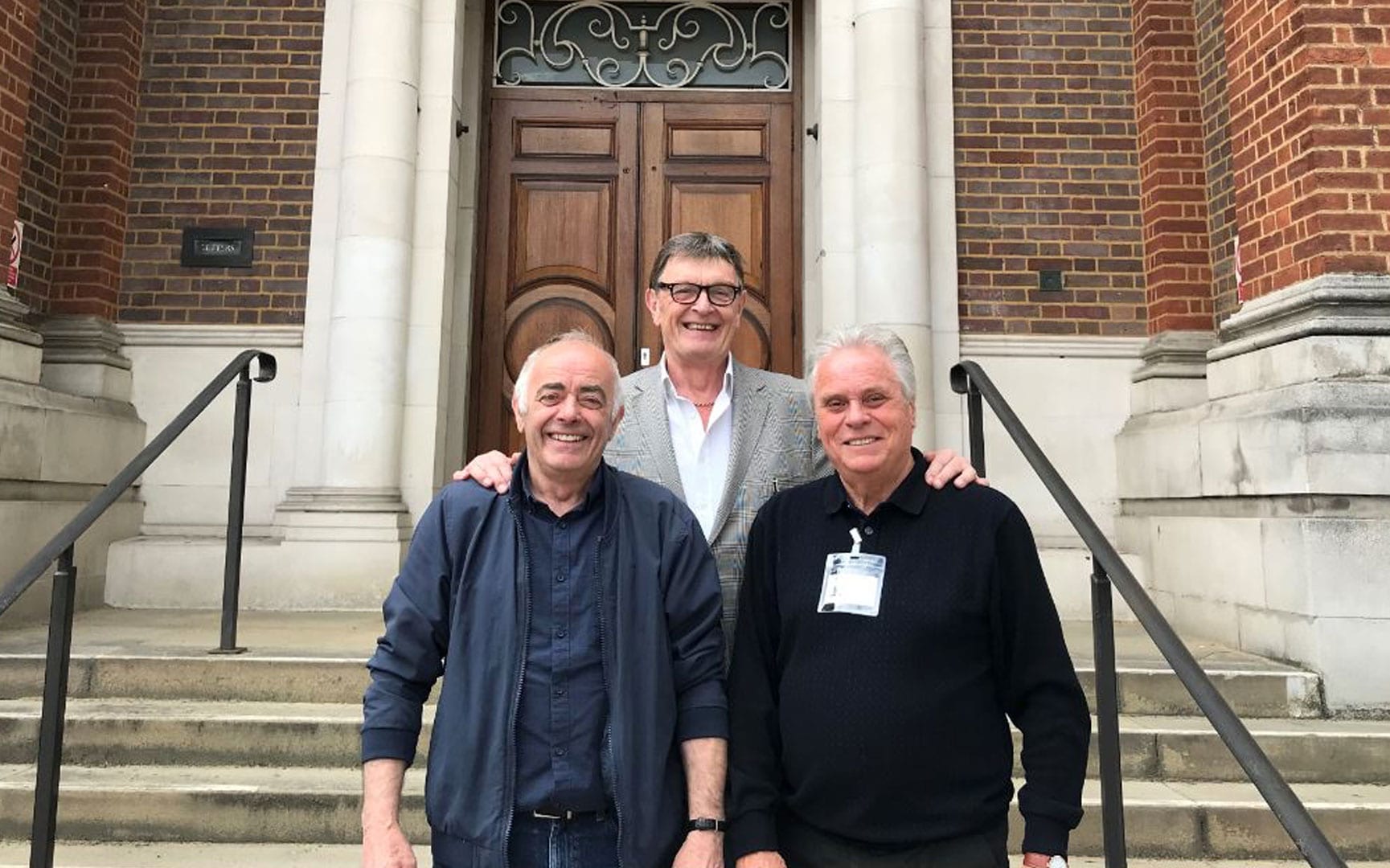 As students start enrolling at the College of Haringey, Enfield and North East London for the new academic year, we’re taking a look back in time to the early 1960s, when the Beatles had their first #1 hit, London’s Centre Point was still a set of architect’s plans and Harold Macmillan was Prime Minister.

Andy Thomas, Richard Tresise and Ian Carpenter were teenagers in 1963 and studied for their GCEs at the what-was-then-called Tottenham Technical College. They recently returned to our Tottenham Centre for the first time since they left, to reminisce on the past and see how the college has changed in the last 56 years.

There is a long tradition of technical education in the Tottenham and wider Haringey areas. Since its founding in 1897, the college has offered a wide range of relevant and practical courses, including Physiology and Hygiene, Science, Technology, Building Construction, Plumbing, Carpentry and Land Surveying. With the success of such ‘multi-skill’ training, the college expanded to accommodate a large increase in admissions, to well over 100,000 students by the 1950s.

CONEL maintains this tradition of providing technical and skills education to the local area. One significant growth area is construction and its related trades – as the UK prepares to leave the EU, we anticipate an explosion in demand for construction skills, as many older UK-born construction workers retire and those from EU countries decide to return home. Today the college operates one of only seven Mayor’s Construction Academy Hubs, and currently has over 150 Apprentices in various construction specialities such as brickwork, carpentry and joinery, construction, electrical instillation and plumbing.

During their visit to the college, Andy, Richard and Ian met Interim Principal, Kurt Hintz and Director, Marcia Summers, and had a tour of CONEL’s modern facilities. Reminiscing on the old days, Andy said: “The college gave us skills that helped us with our careers as well as at home. Doing the multi-skills course meant I could do the painting and decorating, build a wall and do general DIY around the house.”

Their time at the college set them up for their lives, with Andy and Richard both going on to work in insurance and Ian in trade. And Ian discovered that his relationship with the college extends even further, when he found out that his granddad had been the caretaker over 100 years ago.

To this day, CONEL provides its students with more than just a qualification: we understand the importance of transferrable skills such as good communication, team work and leadership when in work, especially as research suggests that millennials entering the job market will have an average of 10-12 jobs in their life and will therefore have to be more flexible than ever to adapt to changes in the job market.

This was backed up recently by our progression and destinations report, which showed that of the 7,045 CONEL learners, 96% progressed to a ‘positive destination’, meaning they either sustained employment and/or entered further learning. This is a 7% increase based on the 16/17 academic year.