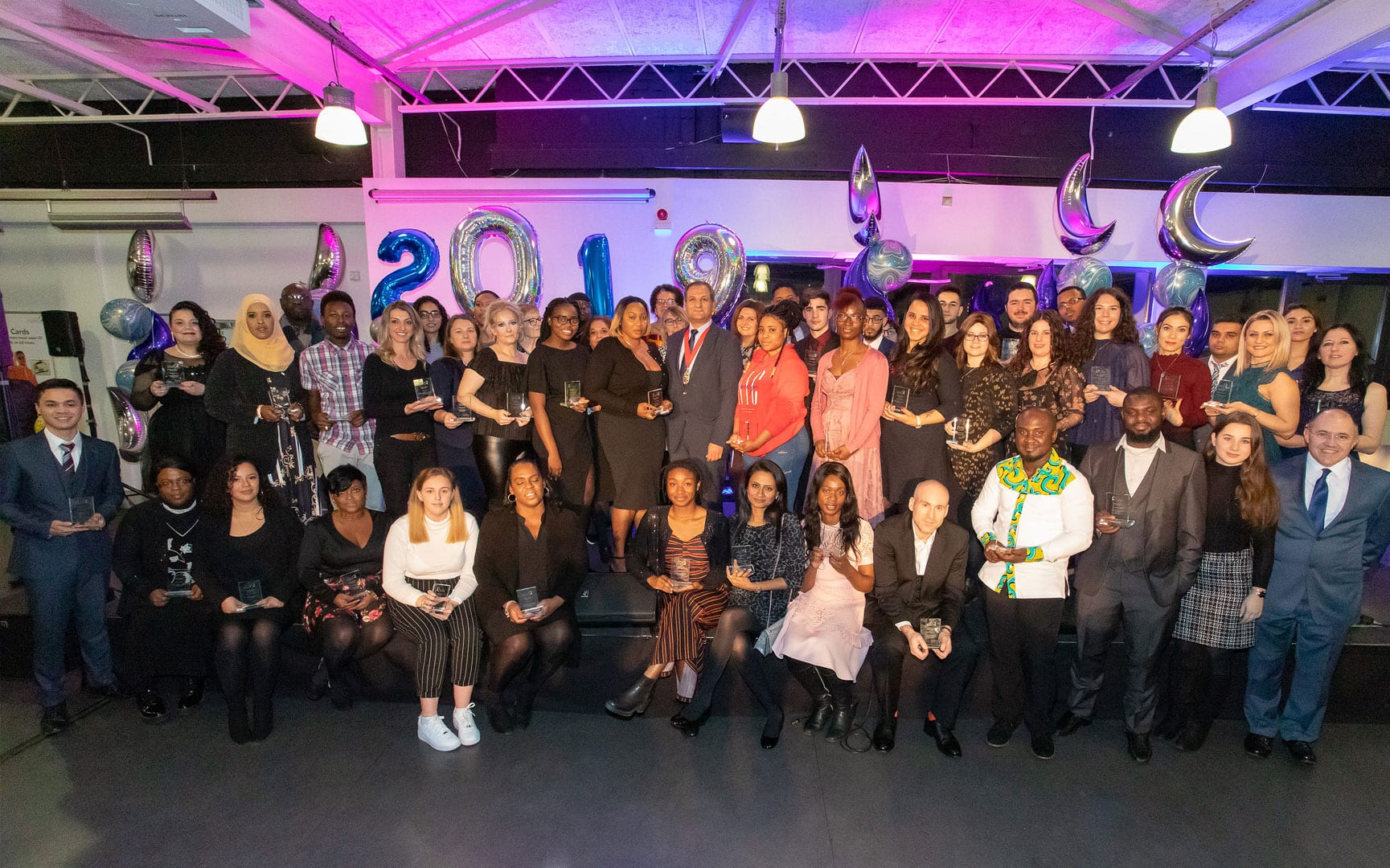 Once again, Nims Obunge – Pastor at Freedom’s Ark Church in Tottenham and member of the CONEL Local Advisory Board – was the compere for the evening. He said: “Tonight is about celebrating the fantastic achievements of many of CONEL’s students and apprentices who have worked exceptionally hard over the past year to get the qualifications that they rightly deserve.

“We will also be honouring some of the incredible staff who work tirelessly in the classroom and support our learners, and recognise those who have worked at the college for many years.”

“Alongside our student and staff awards, we will be thanking several of our employer partners who have worked with CONEL to provide hundreds of apprenticeships and work placements each year.”

The awards include the Paul Head Excellence Award (in memory of our former principal), which recognises a learner who has overcome a significant barrier to their learning to succeed. This year’s winner was Creative Media Production Level 3 student, Joe Watson.

A truly inspirational student, Joe has overcome a number of barriers in his life to successfully pass the first year of his Level 3 Diploma. Brought up in care and living independently at a young age, he has shown huge commitment and enthusiasm during his studies. He demonstrates a real flair and ability to communicate, pitch and develop creative ideas. Joe recently appeared in a video for BBC Bitesize about moving from care into college, and he is also set to feature in a BBC documentary.

CONEL Principal, Kurt Hintz, said “I am enormously proud to be Principal of CONEL, and share in the fantastic achievements of our students, staff and employers tonight, after another truly outstanding year for the college.

“The college has gone from strength to strength since its merger into Capital City College Group, with year-on-year increases in enrolments and an overall pass rate of 94.2% in 2018-19. This year included outstanding results in GCSE Maths where 77% of our adult students achieved high 9 to 4 grades, what was previously A* to C, in their summer exams.

“Since we became London’s First Free College, offering all of our full-time courses at Entry Level to Level 2 free, regardless of someone’s age or income, we have seen more and more people applying and enrolling. Such is the success of this initiative, that it has now been emulated by our sister college, The College of Haringey, Enfield and North East London.

“At CONEL, we have also continued offering free short courses across much of our curriculum. These have been a massive success with 48% of students taking these courses going on to study at higher level qualifications.

“This year the college reached the finals of the Association of Colleges’ Beacon Awards, for its work to support the mental health and wellbeing of its learners and staff. This is fantastic recognition for the work we have been doing here at CONEL.

“CONEL has also recently been awarded £150,000 from the Mayor’s Young Londoners Fund, to invest in a range of programmes to support more than 700 vulnerable teenagers across six London boroughs over the next three years.

“Earlier this year CONEL became one of the first Mayor’s Construction Academy hubs, having been accredited for its high quality training by the Greater London Authority in July 2018. This has resulted in a £300,000 investment in construction training at the college to support the building of several huge multi-million developments across London.

“2019 saw us set up our new Start Up, Step Up London initiative, supported by the Mayor of London, to encourage entrepreneurship in the capital, including workshops, targeted skills training, coaching and mentoring with business and industry experts.

“In March, the college also held a Rail and Engineering apprenticeships and careers day for prospective students and apprentices to hear about what the college offers, and from some of the top employers we run programmes with, including NTAR, Siemens, Bombardier, Alstom, Thales and Eurostar.

“And in July, CONEL celebrated as more than 100 students graduated after successfully completing Higher Education, Access to HE and Teacher Education courses, as well as Advanced and Higher Apprenticeships.

“Outside the classroom, our Basketball Academy team came fifth out of six teams nationally in the Academy Basketball League and won the Association of Colleges’ National 3on3 Championship and the Community Basketball League, while Jan Szponarski from our Martial Arts Academy became Ultra MMA Boxing Welterweight UK Champion at the first attempt.

“With all these successes in mind, I would like to turn to tonight and congratulate every one of you receiving an award this evening.

“I would like to thank our staff and employers for your hard work, dedication and enthusiasm in supporting our students to fulfil their potential.”

“And of course, I would like to celebrate the success of our students and apprentices who have worked tremendously hard and produced excellent work and attained superb results over the past year. Whether you are continuing your education at CONEL or have now left the college for university or your chosen career, I would like to wish you every success in your future.

“I speak for the Principalship and Governors, when I say we are all immensely proud of your support and achievements.” 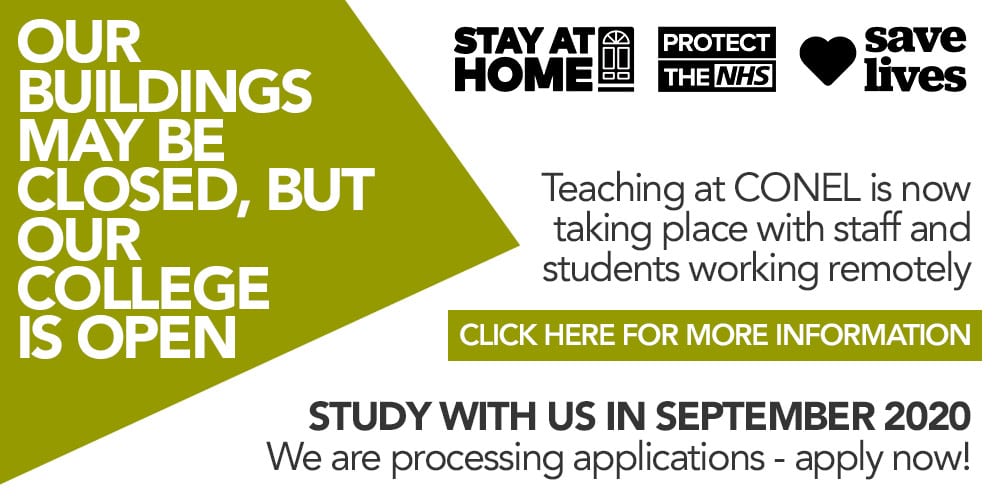