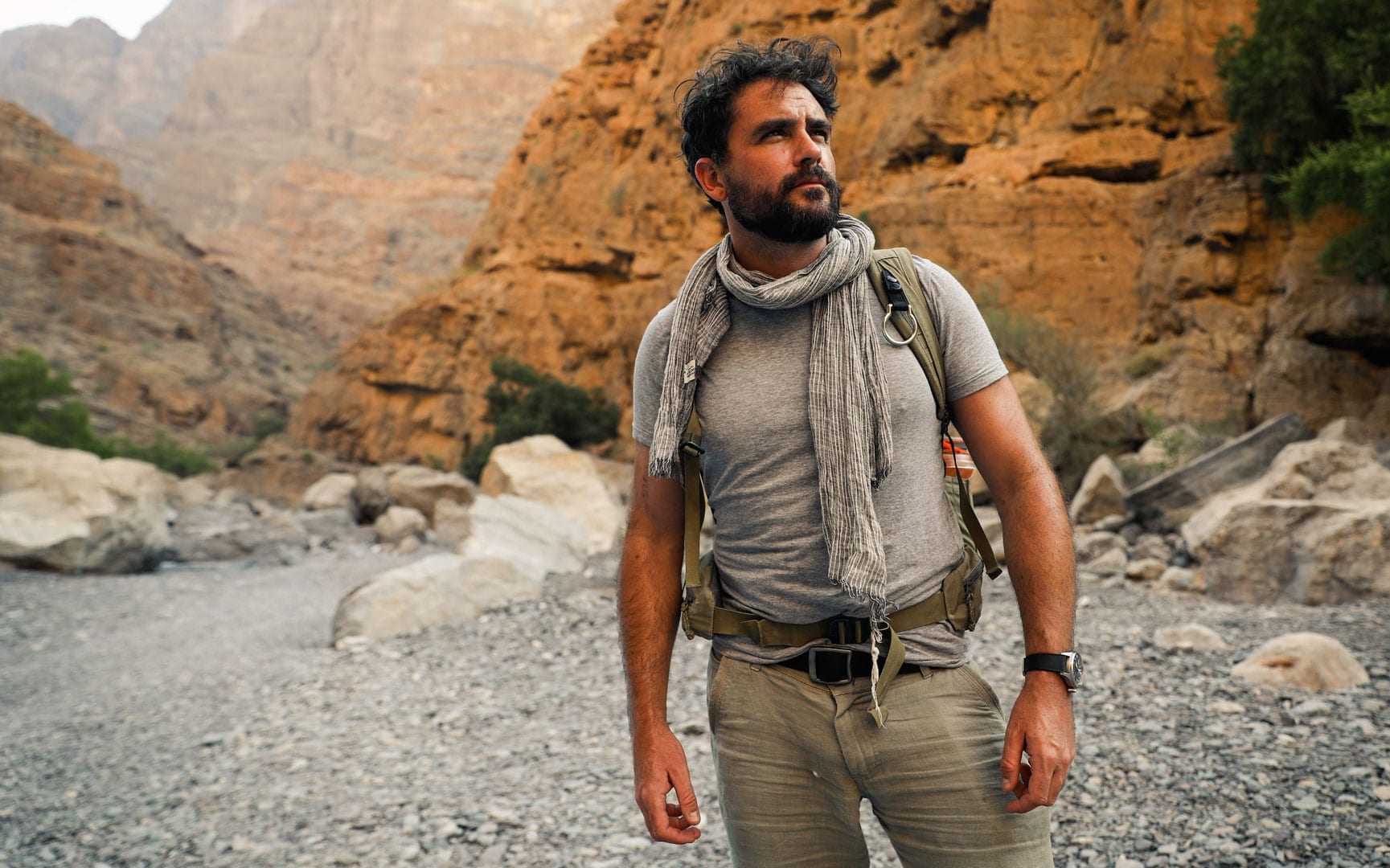 Six-time best-selling author Levison Wood visited the College of Haringey, Enfield and North East London (CONEL) on Wednesday 5 February to deliver a talk about his experiences in Asia, Africa and the Americas.

Organised as part of the national Reading Ahead Initiative, and with the help of the Wilbur and Niso Smith Foundation, Levison talked a full lecture theatre through his journey from schoolboy to soldier and entrepreneur to explorer.

The Wilbur and Niso Smith Foundation is a charitable organisation, providing opportunities for young writers and the advancement of the adventure writing genre.

The nationwide Reading Ahead challenge (formerly Six Book Challenge) run by the Reading Agency is designed to encourage adults and young people to read a variety of literature. This is the seventh year that the college has run the challenge and this year, students from all different curriculum areas participated.

The explorer and writer recently signed a two-book deal with publishers Hodder, the first due for release this spring.

“I was always interested in the idea of exploring ‘because it’s there’ – not having to explain yourself but just going,” he told an audience of staff and students. “At 19, my dad took me to a painting exhibition by David Shepherd, who used to paint elephants. I was amazed that somebody would pay for him to travel around the world and paint elephants.

“The next day a careers advisor came to my school and gave me a psychometric employment test. I was told I should be a librarian! So I went to the library and started reading and it just so happened that all my favourite stories were the biographies of explorers – Amelia Earhart, Lawrence of Arabia, etc.”

Levison has brought his story full-circle, now working closely with non-profit organisation Tusk to aid in the conservation efforts of elephants, promoting awareness through talks about his time spent on Safari in Africa.

The author of ‘Walking the Nile’, ‘Walking the Himalayas’ and ‘An Arabian Journey’ told how travel to Thailand, Australia and India had inspired his decision to join the army, seeking the same military experience that united his heroes.

“I took £500 after university and decided to travel to India, hitchhiking and walking. What travelling on foot – rather than by plane or car – forces you to do is interact with people. You’re invited into homes, or in for a cup of tea, and you get to know a bit more about that culture. It reminded me of the goodness of humanity. You see a lot of places in the news that are remembered for the wrong reasons. But it was that sense of hospitality that really stuck with me.”

Experience in the army would lead Levison to carve out a career working in dangerous places, offering unique experiences to western holiday-makers, like skiing in the Kashmir.

Eventually, he would get attention from filmmakers looking to capture the unseen side of warzones. Most recently, Levison has appeared on film in ‘Arabia with Levison Wood’ (2019); ‘From Russia to Iran: Crossing Wild Frontier’ (2017); and ‘Walking the Americas’ (2017).

Students and staff were finally invited to ask their questions about the author’s career, picking up on training regimes and overcoming obstacles.

“When I’m out on an expedition, whenever I’m feeling low or out in the middle of a desert thinking ‘what on earth am I doing here?’ I just remind myself how lucky and privileged I am to be able to do this for a job,” he told us. “Because the alternative is a real job. My main driver is the fact that I’m doing something that people often dream of doing but don’t get the chance to do.”

Levison concluded his talk with a simple message, urging students to go out and “above all, read books!”

‘The Last Giants’ is available for pre-order on Amazon here and is due for release on 2 April 2020.