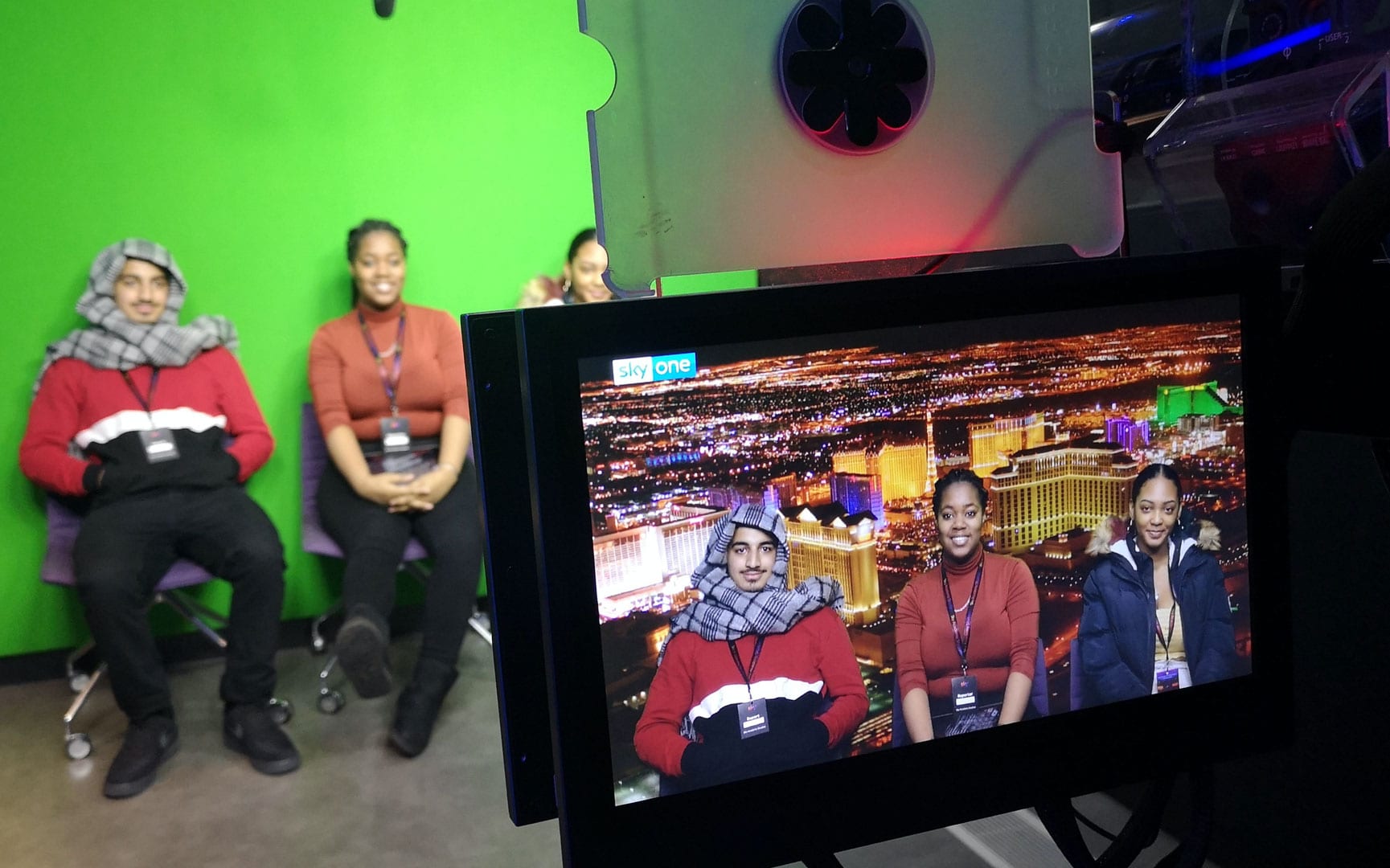 In January, a group of Media Level 3 students from the College of Haringey, Enfield and North East London were lucky enough to visit the Sky Academy Studios in west London, to see a real studio for themselves and create news reports using Sky’s broadcast-quality equipment.

For our students, a visit to the Sky Academy Studios was a once-in-a-lifetime learning experience. The experience was an innovative way to bring their curriculum to life, as students worked together with talented professional studio staff, in Sky’s bespoke studio to create their own news reports.

All the studios are kitted-out with broadcast-quality microphones and cameras, and touch-screen editing software that can be used to select green screen backdrops, edit clips, and add special effects, sounds and music.

Attending student, Ellis Bocking, said: “It was a surreal experience seeing the Sky Studios. We filmed our own news reports about celebrity culture and my group decided to talk about the Stormzy and Wiley clash. We saw Sky One news being reported live and the facilities were amazing. Sky have their own cinema and we saw the costume that Spiderman wore on set during the filming of ’Spider-Man: Far From Home’. We also had the chance to meet Ovie from Love Island. It was a great opportunity to get a taste of the media industry.”

The students had a very enjoyable time and learned a lot about the industry. Here is one of the clips they produced during their visit:

After working in the studios to create their news reports, the class then gathered for a final screening of their work. The students said it was an amazing opportunity to see what the media industry looks like and many said they will consider applying for a job at Sky through the company’s apprenticeship scheme.