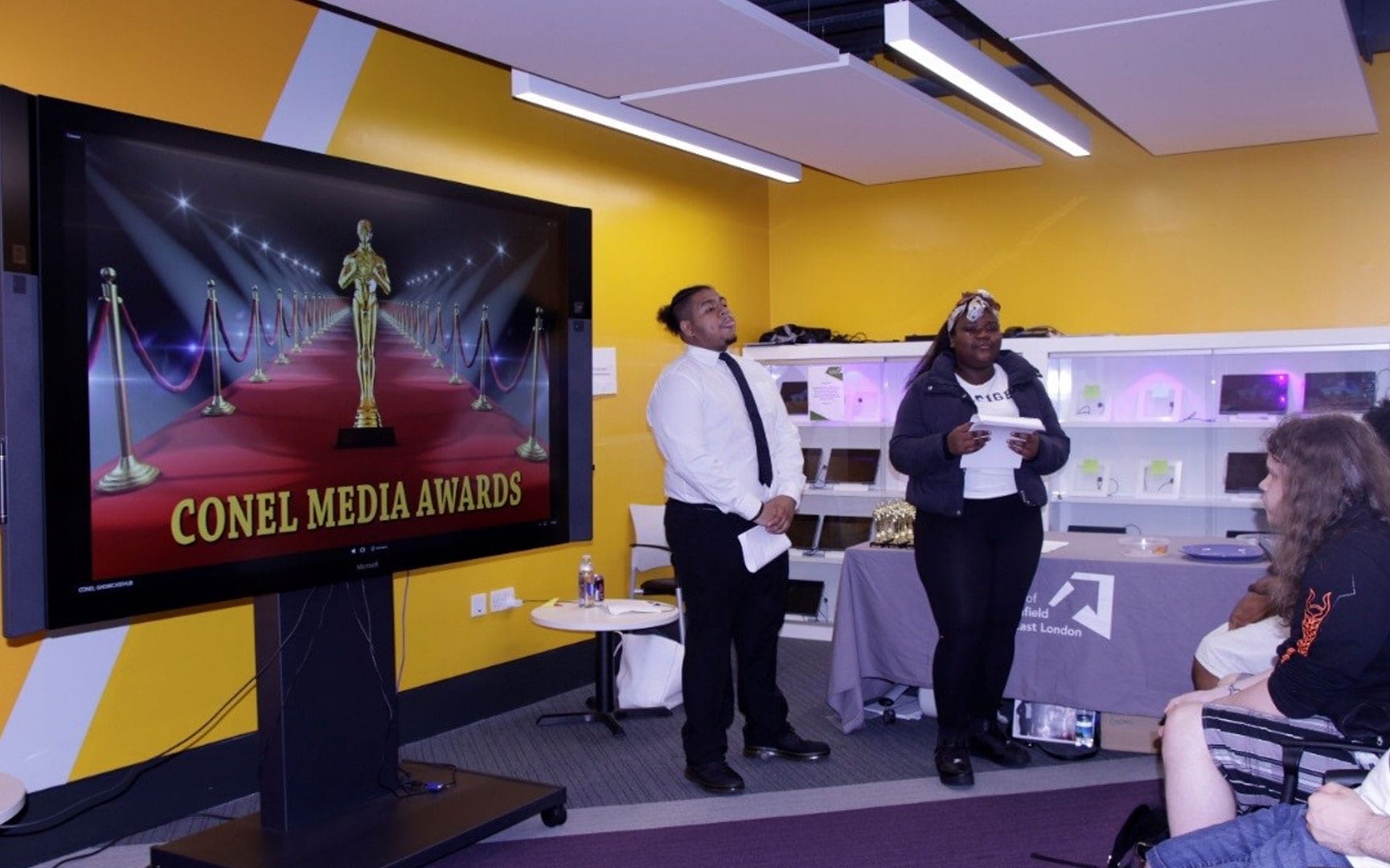 The day-long event kicked off with an e-sports tournament which saw students go head-to-head playing popular games Tekken 7, FIFA 19 and Super Smash Bros. Finalist in the FIFA 19 tournament, Geobri Mayingi said: “Everyone thinks they are the best, so it’s good to finally be able to put it to the test. It’s great to be able to play against all my friends in college and have fun together.”

While the tournament was going on, there were live music performances in the sunny square from Level 2 and Level 3 music students. Level 3 students Ellis Bocking and Alfie Fraser, stage names Fraser x wys, performed one of their new tracks Lunatic Rapper.

Students’ photography and game design work was showcased in the canteen. One of our winning students was Photography student Natasha Lynch. Working in housing and looking for some photography lessons, she’d found our photography short course on Google and started the course in February.

Natasha said: “I found it great from start to finish, the support was amazing. I grew in confidence throughout the course with help from my tutors. We were learning things like Photoshop and the fact I could learn so much in such a short space of time without feeling overwhelmed was great. We even had a day trip to the National Portrait Gallery, which helped us with our project.”

“Great teaching and great support meant we could produce great work. I think this experience has changed me.”

Natasha wants to become a teacher, so, she has signed up to a Teacher training course with CONEL starting in September.

The awards ceremony itself was held in the evening in our Microsoft suite and was hosted by CONEL students Tai-Jaun Akberali and Rachel Ngopwani.

Awards were given out to the following students:

Media Production Level 2 student Ana Carolina Silva Gelinskas returned to the college for the awards and was rewarded by winning the Best Documentary Award. Having completed a degree in Brazil, Ana moved to England but had to work as a nanny for four years because her Brazilian degree is not recognised in the UK. Ana returned to education at CONEL in September 2018 and passed her course with us this year.

After retraining, Ana has now secured a full time job as a design assistant at the renowned Riverside Works, where she will help design high-quality awnings, blinds and curtains.

Ana said: “I think CONEL helped me with my confidence and my professional skills. They helped me know what I wanted to do.”