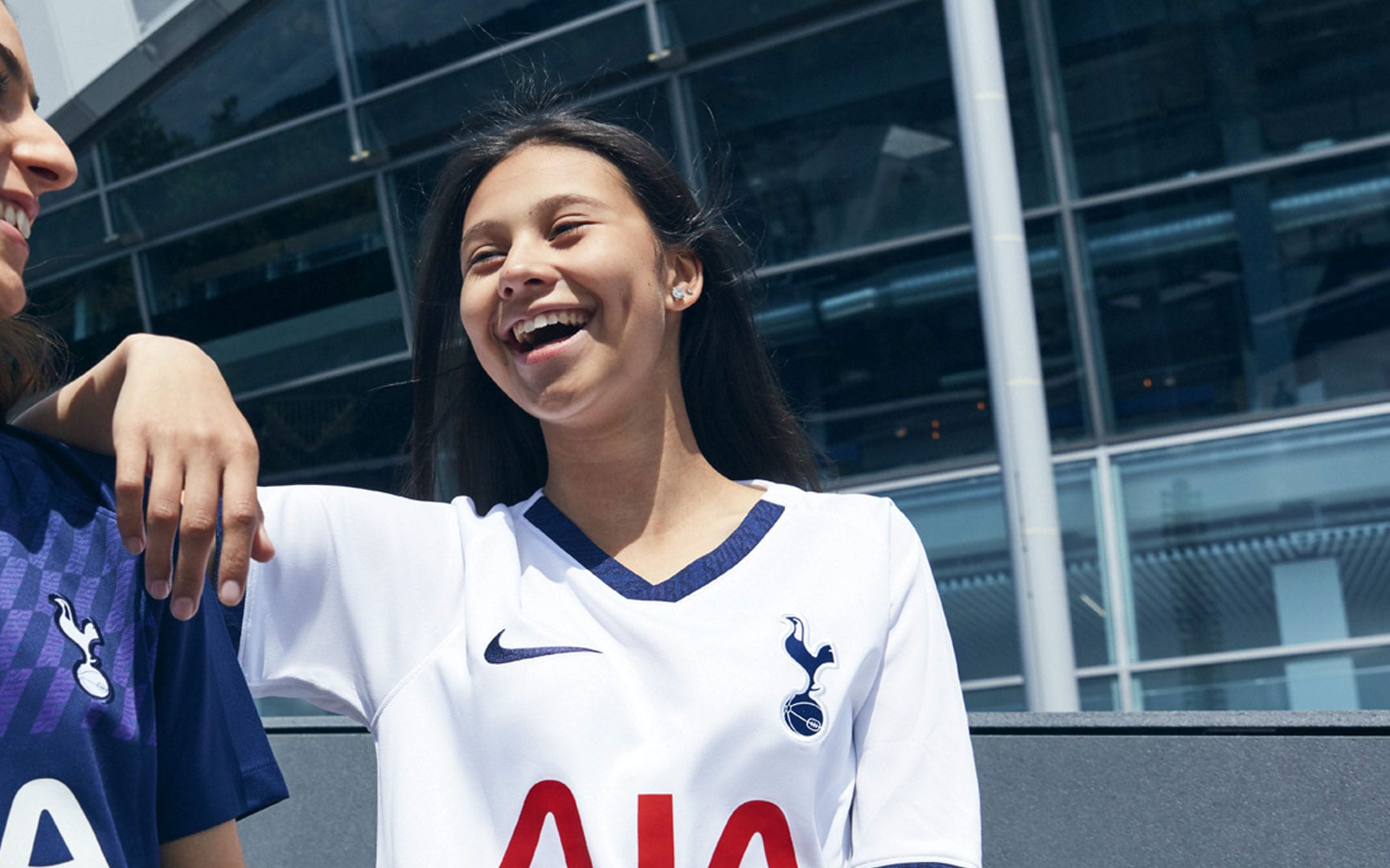 Isabella Woodcock, who is studying the Sports Level 3 Extended Diploma at CONEL, is the face of the 2019/20 Tottenham Hotspur marketing campaign.

The opportunity arose for Isabella through contacts that CONEL Football Coach, Josemar Santos, and Head of Sport, Jonathan Silman, have at Tottenham Hotspur. Spurs Supporter Isabella explained, “My coach and I were invited down to Tottenham’s ground to do a workshop where we gave our ideas of what the 2020/21 football kit should look like. We gave some ideas of what colours and designs we thought would look nice.

“After that event, they emailed my coach and asked if I was interested in being in an international advert with Nike and Tottenham. I said ‘yes’ straight away and sent over my details. I then spoke to a Tottenham representative who was my point of contact throughout the photoshoot.”

“I am very thankful that my coach hooked me up with the opportunity to begin with.”

“On the day, we arrived at the stadium and were guided into a room within the stadium, where I got my hair and make-up done and was fed some really nice food. Once I had my hair and make-up done I was given my outfits that I had to change into. I then headed out to the four locations chosen for the photoshoot. I was literally treated like a V.I.P for the day. We had a blacked-out minibus that drove us around Tottenham to the photoshoot locations. All in all it was a six-hour shoot and it was really fun. I made friends with most of the cast and everyone there was lovely!

“It was hands-down one of the best experiences I have ever had. I was treated like an actual model… anything I wanted I got. It was cool knowing what happens behind the scenes and seeing just how long these photoshoots take. There’s more to it than just taking a photo – we had to take photos at certain times, depending on the sunlight and the wind.

“It feels really cool as a Tottenham supporter to be the face of their new kit. I can’t believe my face is everywhere… from the big screens in central London to my photo being on boards in Sports Direct and of course having my face on the massive screen in the Tottenham Hotspur stadium. My face was also on a board inside the shop which was really cool. I guess I’m famous now!”