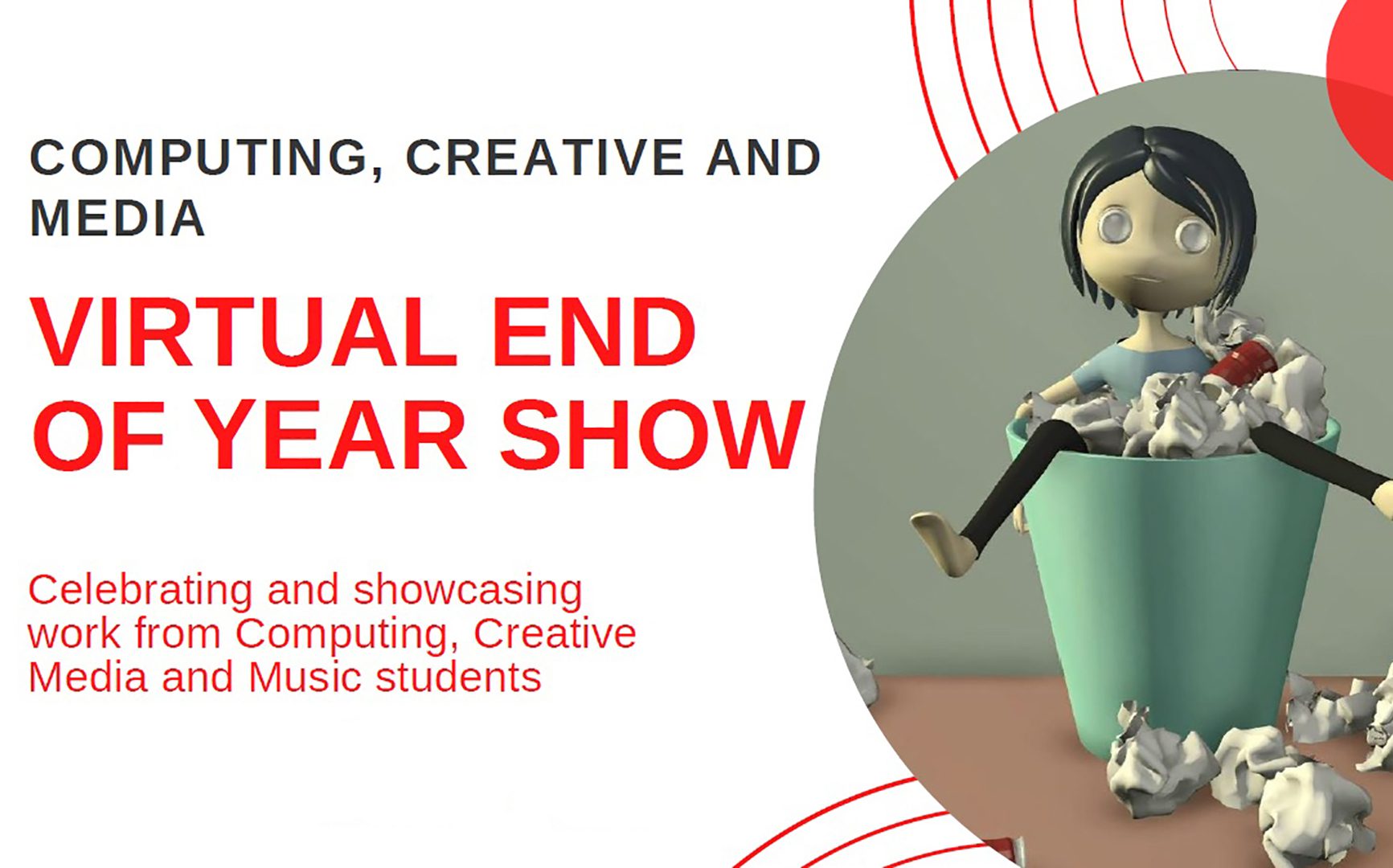 Talented students at the College of Haringey, Enfield and North East London showcased their artistic and musical flair with a virtual end of year show. The live online event featured coursework and performances by Creative and Media, Computing and Music students at the college’s Tottenham and Enfield Centres.

Media Production and Games Design students exhibited a collection of their showreels, animations, game assets and digital images in the online gallery platform ArtSteps – take a look at their work in the galleries here:

Music students gave live performances of their own tracks including hip hop, punk and piano compositions, while Animation and Games Design students competed in an e-sports video games competition against their peers and alumni from the college.

Several students shared what they have enjoyed about their course in videos and presentations by teachers during the show on Teams on 24 June.

Media Production student Anelia Urudzholova, 18, said: “I chose to study media at CONEL because I wanted to use cameras and equipment used by professionals and also develop my skills in editing. The college really gives students the opportunity to show their creativity by completing projects like movie and music video trailers and promotional videos.”

Music Performance and Production student Sara Mateos, 33, said: “All the lessons are very practical, it’s not just theory. The teachers are really helpful and support you to develop your personal skills as an artist. CONEL has a lot of equipment, rehearsal rooms and all the software that you need to develop your own tracks. I really recommend it.”

Videos were also shown of a number of students receiving awards after being recognised by their teachers for the high standard of their work this year.

Laila Hassanzadeh, Head of School for Computing and Creative Media, said: “The end of year show was a celebration of the fantastic work students have produced despite all the challenges that have occurred during the pandemic. I would like to congratulate them all on what they have accomplished. They should be so proud of themselves.”

Apply now to study one of our Creative and Media, Computing and Music courses this September.