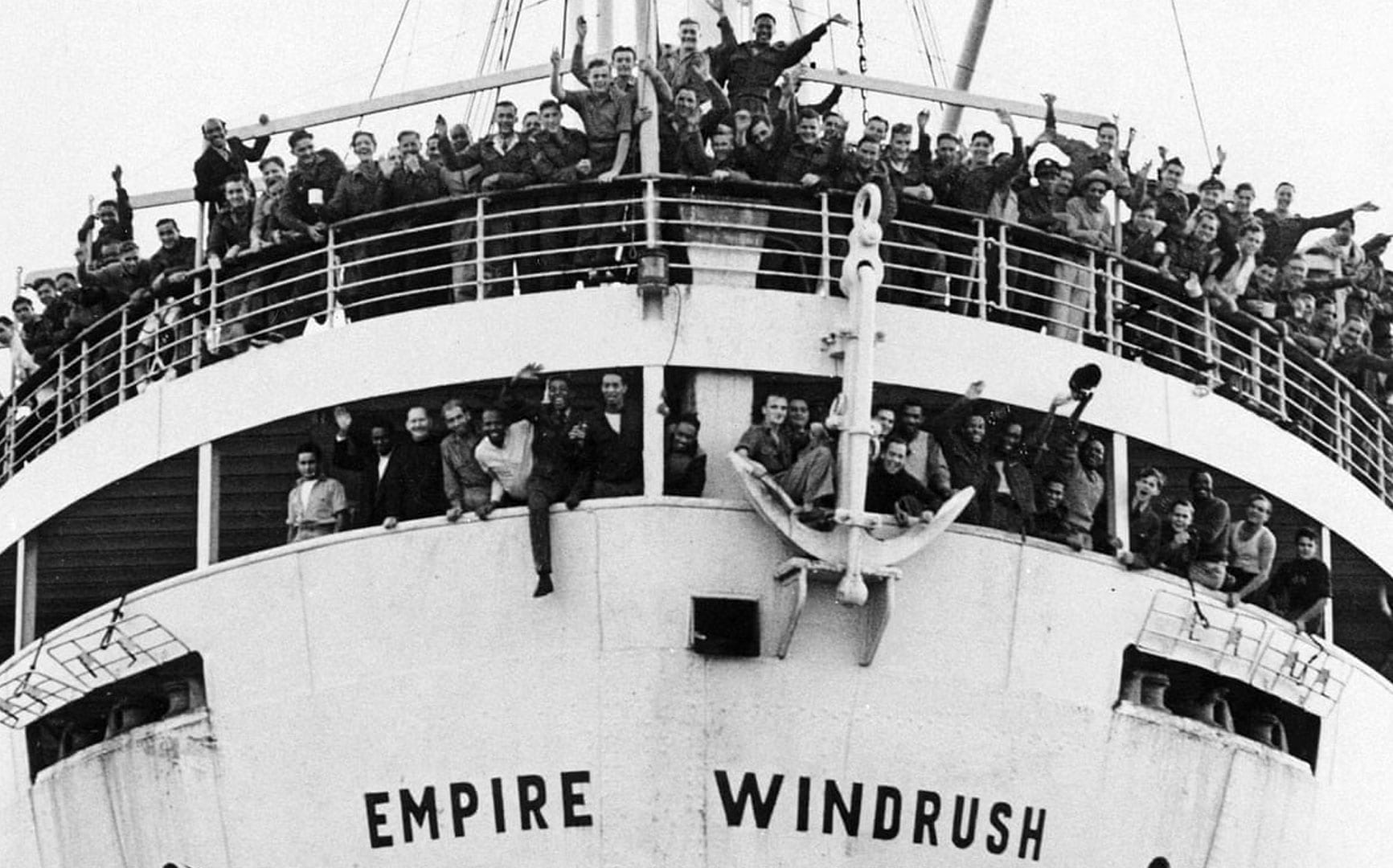 Today, Monday 22 June, marks the 72nd anniversary of the arrival in the UK of the ship Empire Windrush, which brought hundreds of people from the Caribbean to start new lives in the UK. Known as Windrush Day since 2018, it’s the perfect time to get a better understanding of the experience of people from the Caribbean who were called by the British government to help rebuild the country in 1948, and the terrible injustice that many of them and their families face, even now, with the ongoing Windrush Scandal.

The Empire Windrush is the name of the ship which brought around 500 Commonwealth UK Citizens from the Caribbean to the Tilbury Docks in Essex in 1948.

Why did they come over?

Thousands of buildings had been bombed and houses destroyed in World War Two. As Britain was recovering, it needed help to rebuild the economy. Under British rule, many young men and women from the Caribbean had served the British armed forces. Adverts were placed offering an array of different jobs (in the coal and steel industries, public transport and in the NHS) and inviting them to come over for a better life. In 1948 Many young Caribbeans took up the opportunity and made the long voyage by ship across the Atlantic. Around 550,000 people from the Caribbean arrived in the UK between 1948 – 1971 and are referred to as the ‘Windrush generation’.

What happened when they arrived?

Once in Britain, many of this generation did not get the welcome they had anticipated. They were confronted with racism, discrimination with many of them were unable to find homes or work. Many companies said they didn’t want black people working for them and their children were bullied at school.

The Hostile Environment Policy came into effect in October 2012 by then Prime Minister, Theresa May. Her aim “was to create in Britain a really hostile environment for illegal migration”. The Home Office had destroyed the Landing records which gave the Windrush generation the right to live legally in the UK. Without any documentation they could not work, a number were sacked, they were no longer entitled to NHS treatment and were faced with deportation. One of the most notable cases was Anthony Bryan who had lived in England for 52 years and was wrongfully imprisoned. His story has been turned into the BBC’s feature length film ‘Sitting in Limbo’.

The government faced huge a backlash and protests took place in response to the racist way that UK Commonwealth citizens of colour have been treated. It has now been dubbed the ‘Windrush Scandal’.

Then Home Secretary, Amber Rudd, was forced to resign and was replaced by Sajid Javid. After a review of 11,800 cases in August 2018, he stated that 18 members of the Windrush generation had been wrongfully removed and would get an apology from the government. He also stated that those who had left the UK would get help to return.

Theresa May apologised to Caribbean leaders and reassured them the none from the Windrush generation would be forced to leave the UK.

The government also announced that a day celebrating the contribution of the Windrush generation and their descendants – Windrush Day – would be held annually on 22 June.

For an update on the Windrush Scandal please visit The Guardian’s website here.